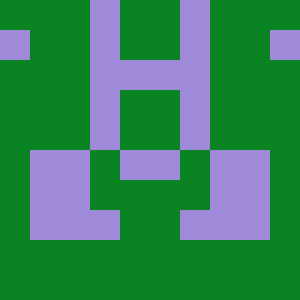 Bet9ja shutdown has originated a big reaction in social media in Nigeria. The Senate threat of shutting down the sports betting site was not well received. The threat was made if Bet9ja offices failed to honour its invitation for a second time.

It was reported earlier that the lawmakers issued the threat on Tuesday in Abuja during the verification of Loto companies with a license to operate in Nigeria.

Chairman, Senate Committee on Youth and Sport, Senator Obinna Ogba, PDP, Ebonyi, noted that it was unfortunate that Bet9a refused to honour their invitation.

He said, “Clerk, write to Bet9ja again. If they did not honour our invitation again, we will ask the National Lottery Commission to seal their offices.”

Senator Ogba also stated that their efforts have the goal to assist the lottery commission to generate revenue for the federal government. “We wanted to see bet9ja. They can’t run away.”

@naijatalkers, “They should attempt it and see whether Naija youths won’t shut down the NASS. If you are with me kindly like and retweet for quick follow back

@seemarkmark, “No need for the threats. Just do it.”

@PrinceBensonJr1, “It is a pity. Same happens in Nigeria where Nigerian Senate would neglect the things that would bring strength and light to the citizens they would be moving motion of closing down bet9ja. It is well daddy. Africa needs helpThe Nigerian senate wants to cancel Bet9ja but someone that owns a betting company is now a law maker. Opportunity meets preparation.”

“Anybody that knows anybody, who also knows sombori in this 8th senate, should tell them that Nigerians may shut down the Red chamber before they shut down Bet9ja.”

“They should shut them down…it’s not profitable please.”

“I’m yet to win my targetted money.. Wait till after nations cup

“So the owner(s) hasn’t shaked them…

“shut them down because it recking the lives of our youths, you can imagine a developed nation like the US, has a ban on sports betting because they know its negative impact.‏

“please tell them to shut it already.”

“What about the Govt Agencies that’s supposed to collect and monitor the payments of such dues?

“U wey carry chains put 4 neck…who is the mad dog???Abi is it bet money U use in buying those low budget chain for ur falling Destiny.